The easiest by far is to have a pre-defined 'bunker' object containing all structures and their locations that you intend to place. An anchor, or the center of the bunker's intended location, can give an offset from where you can place your bunker. So long as an area has enough space, bunkers are a great start with automated basing. 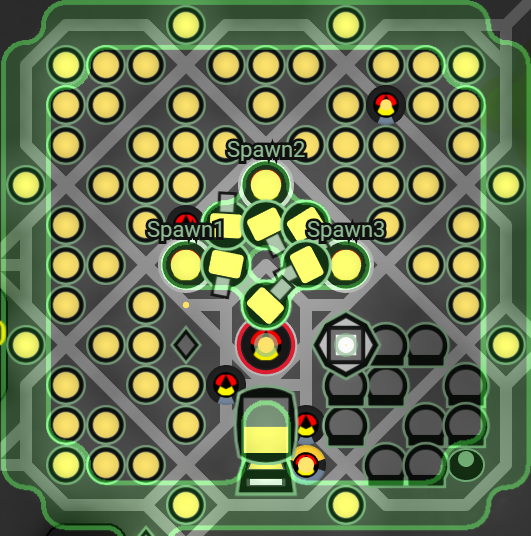 Normally using a core tile/stamp, you can then determine locations for other pre-defined tile-sets/stamps to be placed around your anchor dependent on the terrain in the room. This allows for more flexibility in rooms that do not have large-open spaces that bunkers can not fit in, while still allowing for already designed and known-to-work types of tiles insuring for example, that labs are in-range of other labs for reactions, extensions are in reachable and manageable locations, spawns have open area for creeps to exit, and so on.

Stamps, while more difficult to place and manage, can be an optimal improvement to bunkers, as they can better exploit terrain to reduce the need for barricades. Moreover they can allow for more optimal filling, as well as tower placement based around common attack locations or high-damage positions. 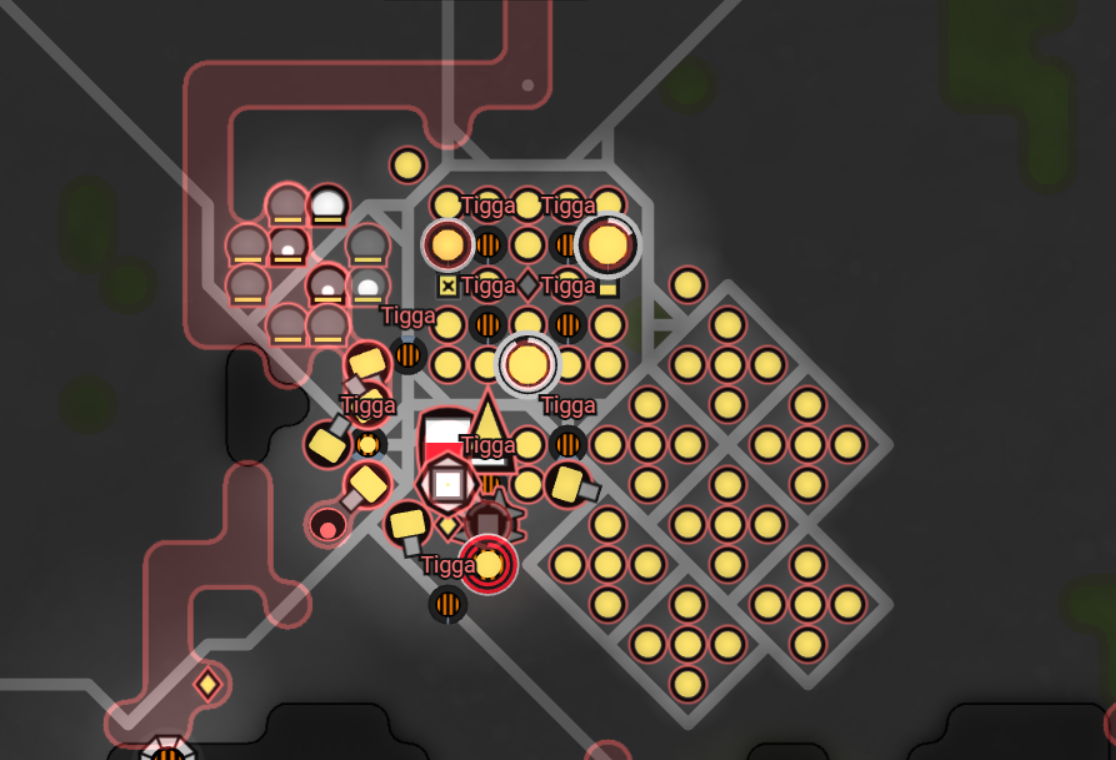 Extension 'field' or groups come in many different shapes and sizes, and can be one-set, or many smaller tiles. Roads often surround or weave to allow for haulers with a 2:1 carry to move ratio.

Towers can be clustered in a single area to allow for ease of refilling, though consequently they will likely have reduced damage.

A 'hub', 'anchor' or 'center' fill location can often take 1~ creeps to manage and can be relatively small. They will likely include the terminal and storage, alongside the factory, power spawn and possibly nuker and spawns, and may have the rest of the base planned around it. 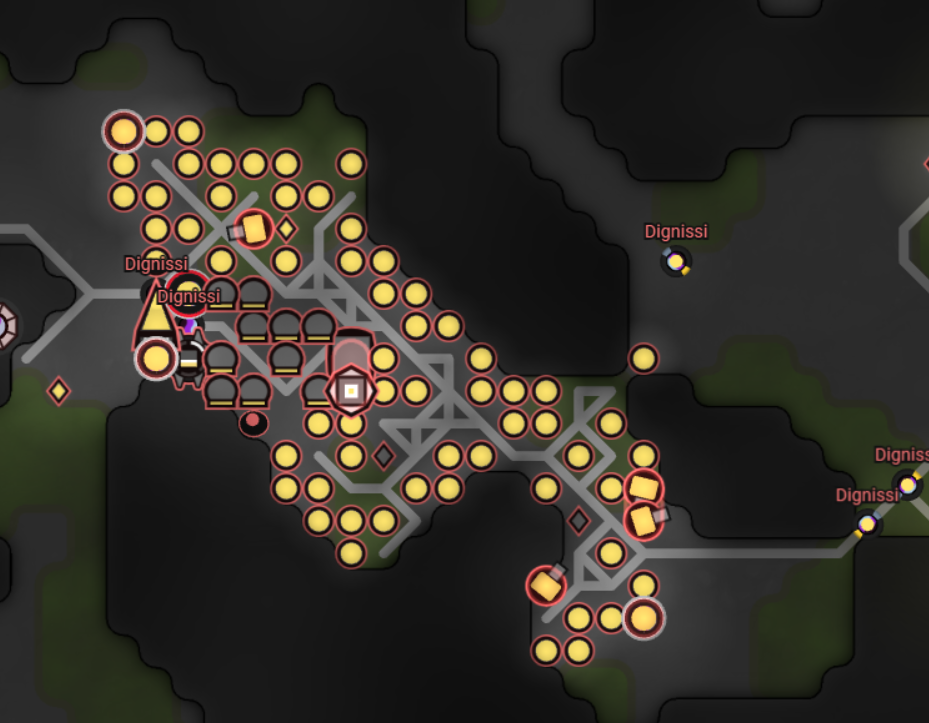 Distance Transformation can be paired with room terrain data, such walls and non-walls, to score each room position (in something like a CostMatrix) based on their distance from the closest wall. This is great for finding large open locations to place things like bunkers. 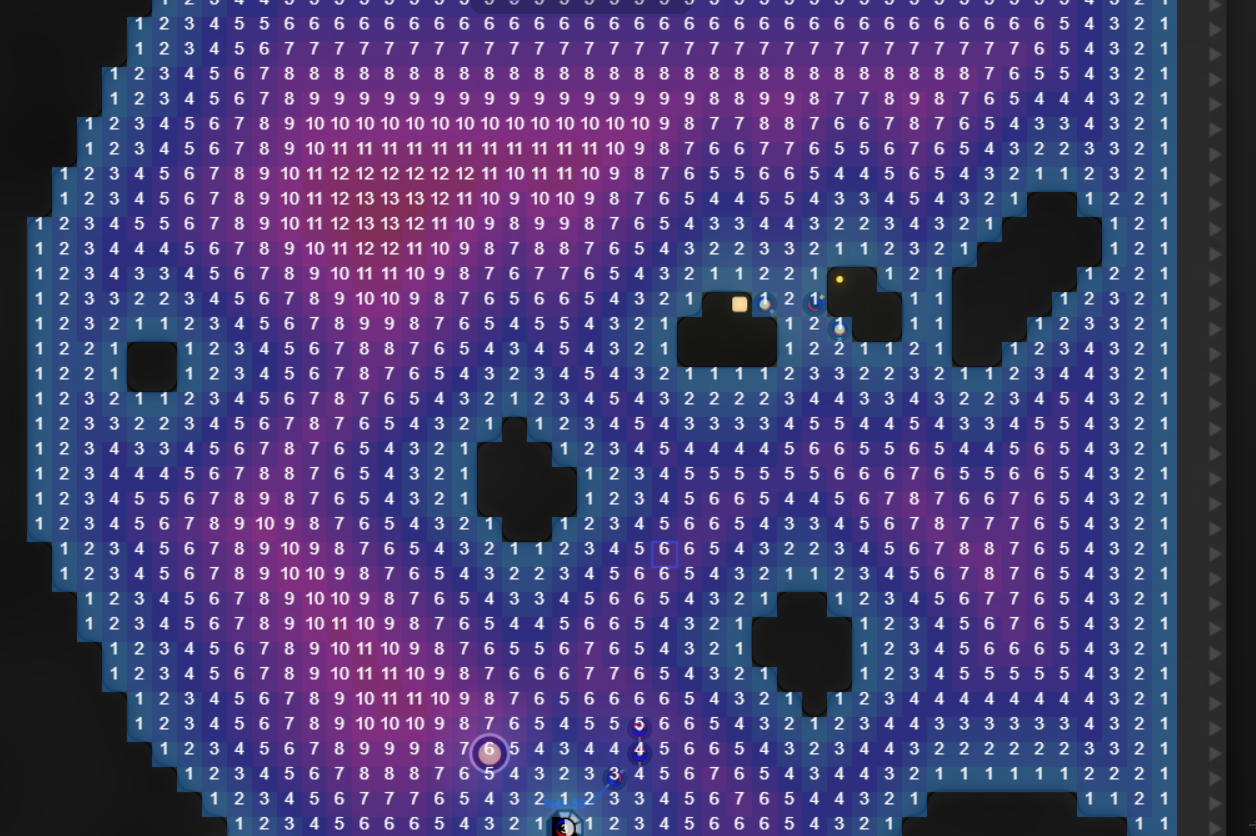 Flood Fill is useful for defining or testing areas to make sure they are secure (like if there are barricades all around a base) or sectioning areas into groups. Filling an area and gathering room positions allows you to use these positions later, for whatever purpose you see fit. 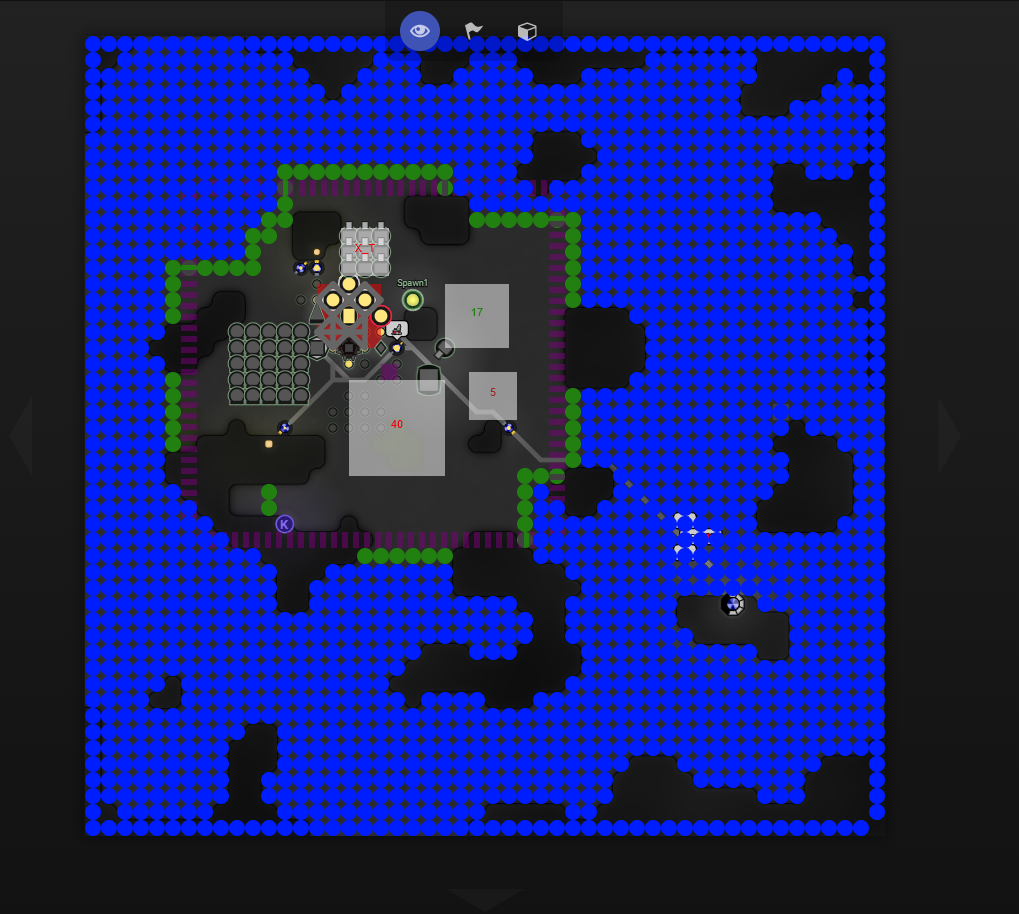 Minimum Cut is useful for rampart and wall placement based around weighted graphs, meaning barricades can be placed at terrain chokepoints, for example. 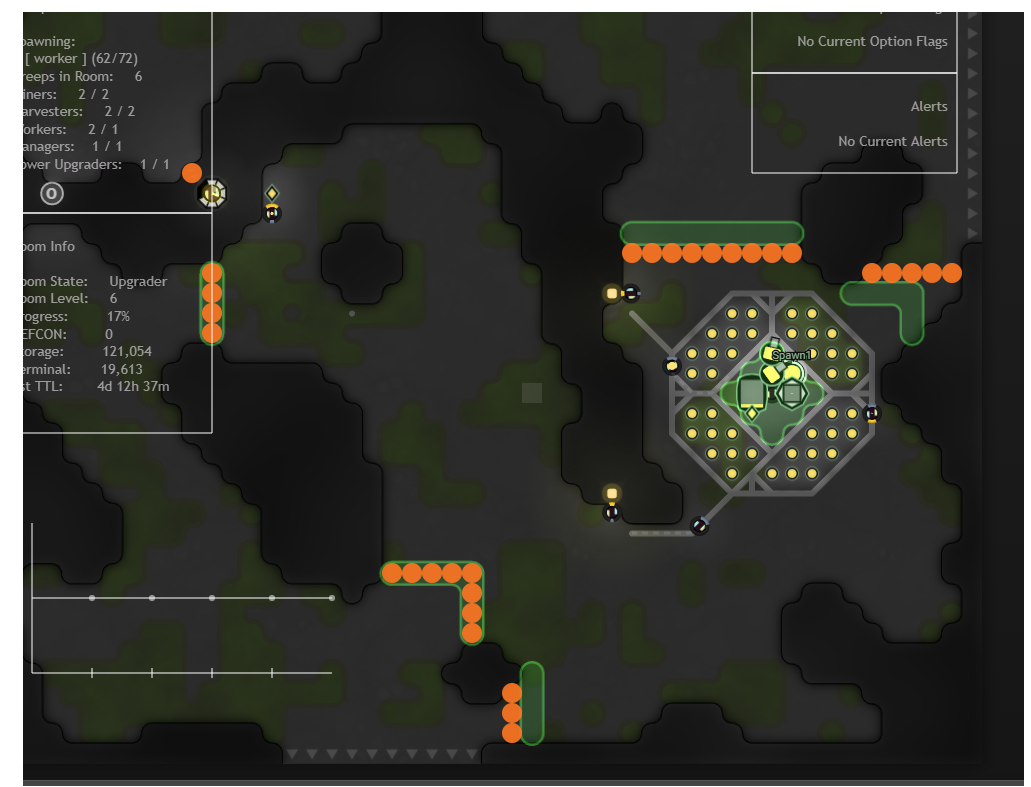 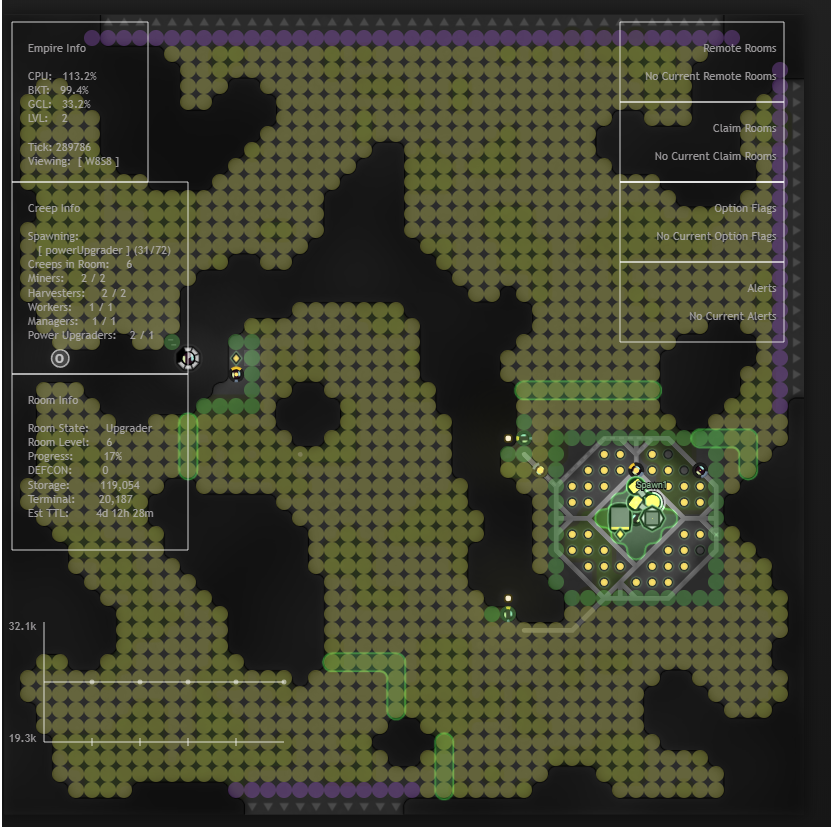